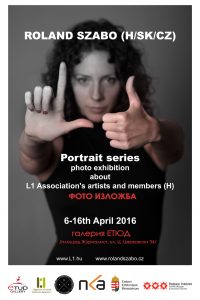 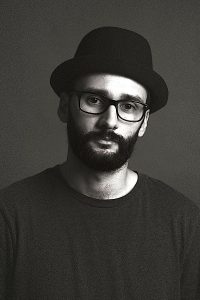 Roland Szabo is a Hungarian photographer from Slovakia. He studied photography in Bratislava from photographer Anton Sladek and continued his work by opening his own studio in Prague. He is working on photography and short film projects.
In 2011-12, he made a portrait series of the Prague National Theatre Ballet’s professionals and of other famous Czech artists. Since 2011, he is co-organizer of the international short film workshop Kino Praha. He met the representative of the L1 Association also in Prague, and in 2013 he was the official photographer of the events of L1danceFest in Budapest. In 2014, continuing the co-operation, he created a portrait series of the residents and the members of L1 Association, which the Bulgarian audience will have the opportunity to see in the Etud Gallery between 05 and 16 April 2016.